This is my kitten, Boba. She is all grown up now-almost 2.5, but she has always been a ham for the camera. She is especially fond of the wrist strap.

Here she is, waking up from a nap. Down the side, I wrote all of her cuteness in some pink flowers, cut from the GEORGE cartridge of the Cricut. Some of the noises, she doesn't make now, so it is fun to look back and read. 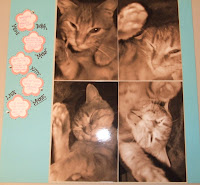 A couple months later, she had the joy of being dressed like an elf!! She tolerates outfits for a bit, but after 5 minutes, she just starts rolling around. 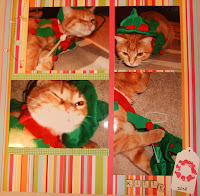 We decided to get Boba a friend in June 2009! My husband surprised me with an 'older' cat, Kaylee. She was a stray and believed to be about 3 years old. 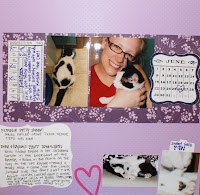 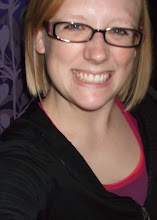 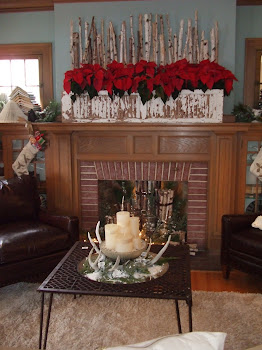